Hurricane Matthew devastated  the Caribbean and coasts of Florida, Georgia, South Carolina & North Carolina. We had about 100 Deltec homeowners in its path & have reached out to all of them. Thankfully, everyone we spoke to is safe and sound. Thousands of people on the East Coast, however, were not as lucky. To help with the relief effort, Deltec is hosting a food drive for the Food Bank of Central & Eastern North Carolina. We’re currently taking donations at our offices, located at 69 Bingham Road Asheville, NC 28806, until October 28.

If you’re in the Asheville area and would like to contribute, please stop by any time between  8am – 5:30pm no later than October 28.  The list of most needed items is below. If you’re not in the area, but would still like to contribute, the Food Bank of Central & Eastern North Carolina is taking monetary donations through their website. For every $1 given, they’re able to donate 5 meals, so even a small amount can make a huge difference. 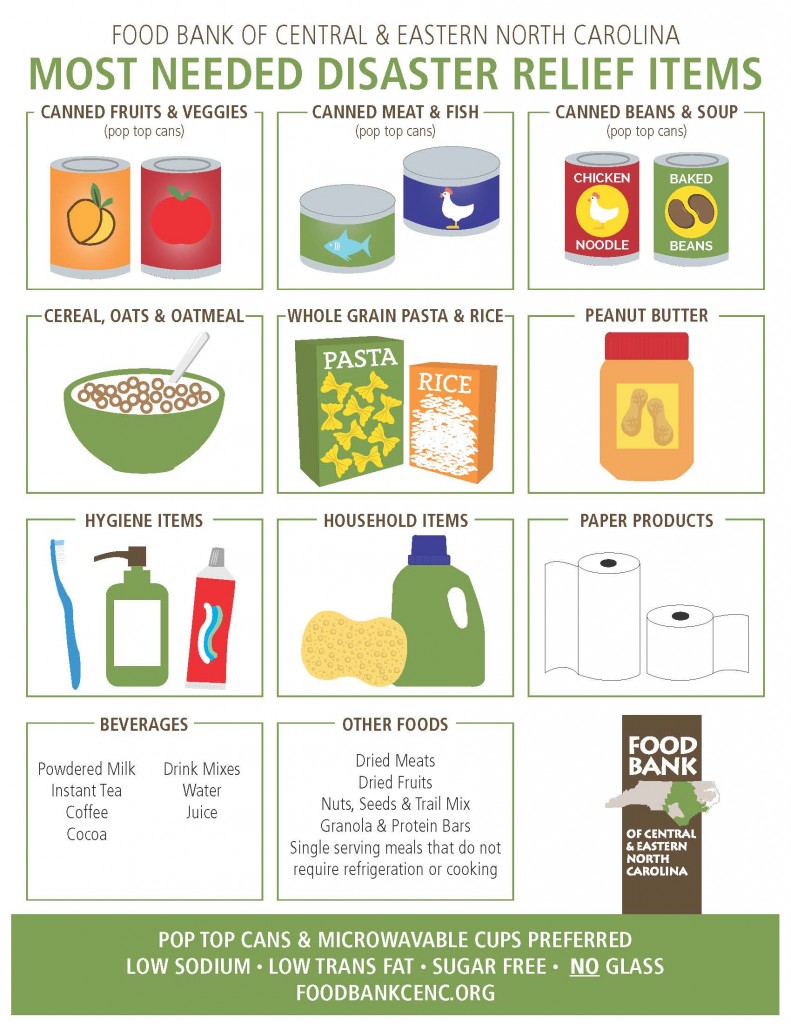