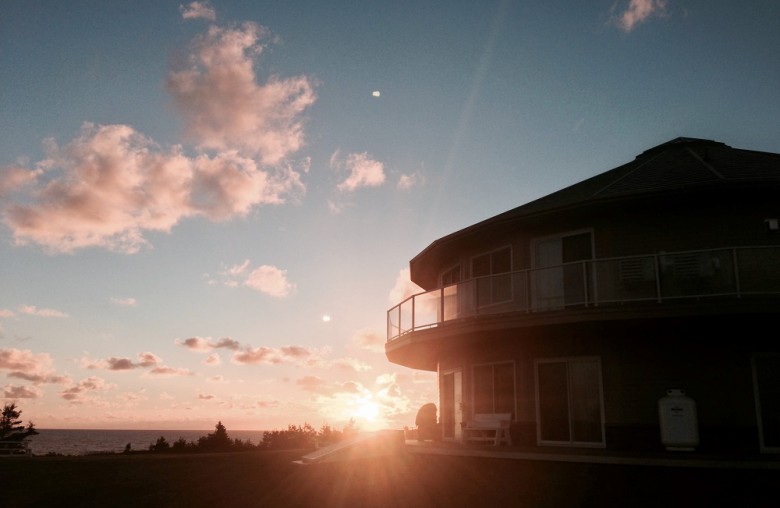 Earlier this year, Deltec did a trip giveaway to Around the Sea, the world’s first rotating bed & breakfast located in Prince Edward Island, Canada. Did I mention it happens to be a Deltec? Our winners, Edwin and Rhena, couldn’t believe they had actually won. In fact, they thought it was a prank. Once reality settled in, they realized that the timing was perfect. There’s no better way to celebrate a 55th wedding anniversary than with a free trip to a place neither had ever been.

Edwin, who found out about the sweepstakes through our newsletter, documented the entire vacation and we’re lucky he did!

“We couldn’t believe that we had actually won anything, never mind this to trip to Canada to stay at a Deltec house that combines the American house with a rotating base from a company in Australia,” he said.

On the way into town, they were treated to what Edwin describes as an “auspicious omen”: After a mishap with the rental car, they ended up taking a taxi into town. When asked for a restaurant recommendation, the driver pointed them to Smitty’s. “When we sat down, the first thing we noticed was the menu cover. it said ‘Smitty’s 55 years – Proudly Serving Canadians Since 1960’.” As it turns out, Edwin and Rhena weren’t the only ones celebrating 55 years! They took it as a sign and ended up having a great time. 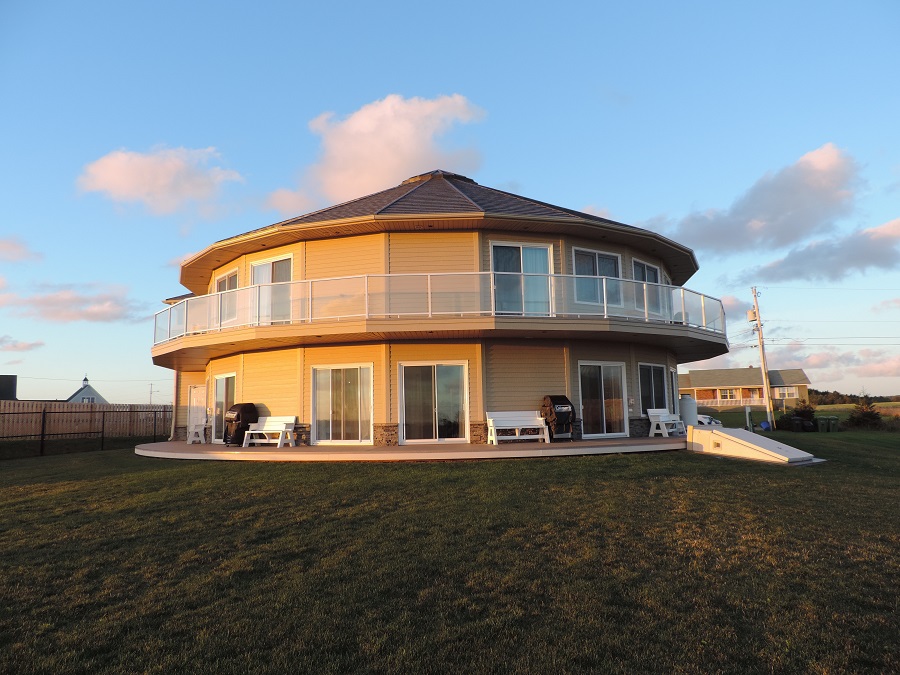 A brief background on Around the Sea: owners Steve and Stephanie learned about a rotating house in Australia and decided it would be a great feature of their B&B. With the ability to rotate, all of their guests get a variety of ocean views. They did a little research found the perfect collaboration to make their dream come true: e Rotating Structures and Deltec Homes.

The rotation is controlled from an app on Steve’s iPhone and Edwin describes it as “noticeable when you look out the window and see the scenery inching by. But the whole house is suspended on the rotating mechanism so well that you do not feel the rotating motion when you are in the unit. It takes 45 minutes for the house to complete one rotation. It’s not rotating constantly.” 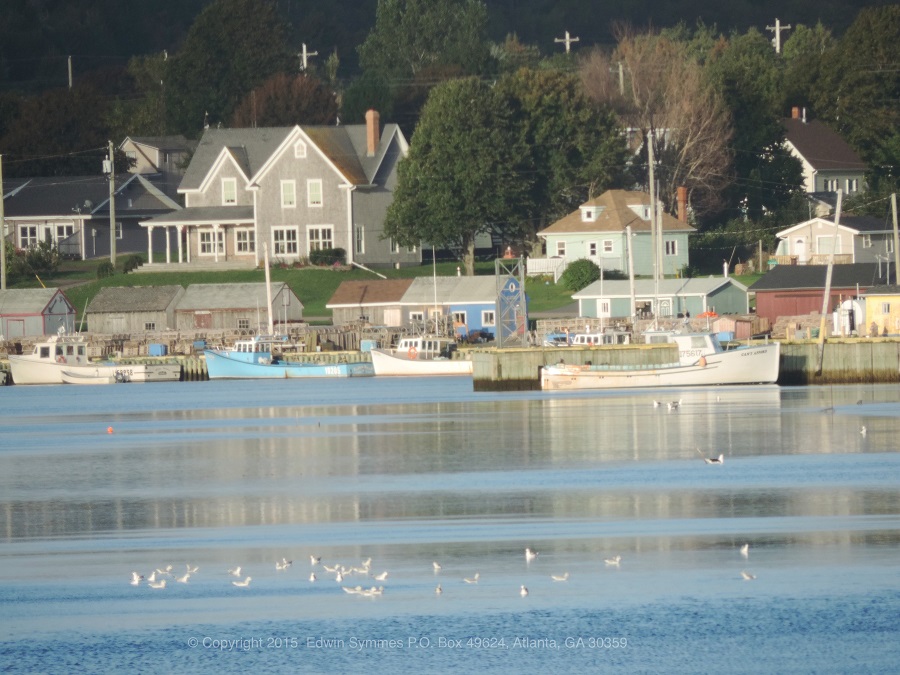 Aside from the ocean views within the home, you can also enjoy the view from the porch overlooking a beach and the Gulf of St. Lawrence. All of this set in the charming fishing village of North Rustico.

For some of the vacation, there were gale force winds and heavy rain. Deltec is best known for its high wind and hurricane resistance, so Edwin can attest, when there’s a strong wind storm “they simply go around it.” The weather eventually cleared and they enjoyed the rest of their vacation under sunny skies.

A special thanks to Edwin & Rhena for sharing this adventure with Deltec Homes!

Click here to learn more about Around the Sea
Click here for a video of the rotation, courtesy of the Toronto Star

Rhena and Edwin Symmes are multiple entrepreneurs. They have two companies:

Their new venture, Tranzendental Images, makes their photographic insights available to others either through licensing or exhibition quality prints. Edwin is having an exhibition of his photography, Glimpses of Japan – Through a Gap in the Shoji, at the University of South Carolina, Upstate in conjunction with their Japanese Cultural Week in March 2016. 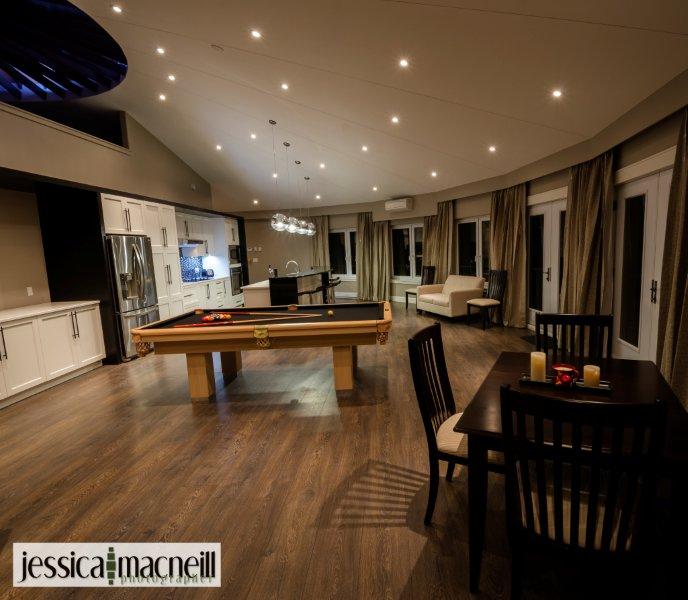 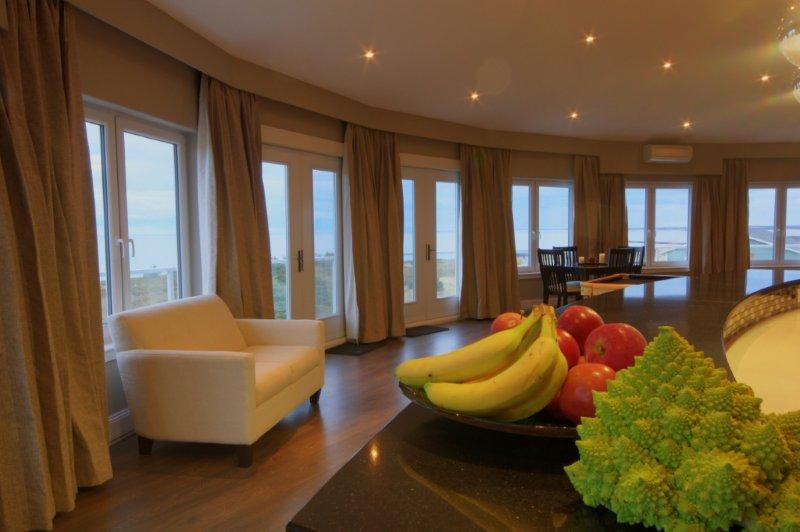 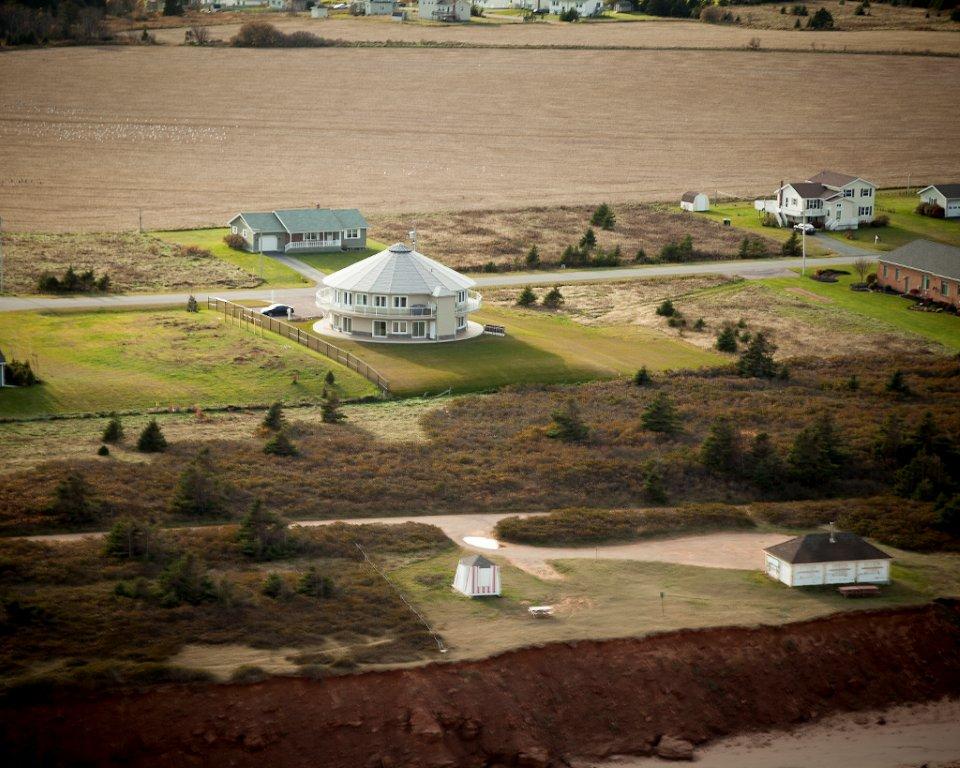