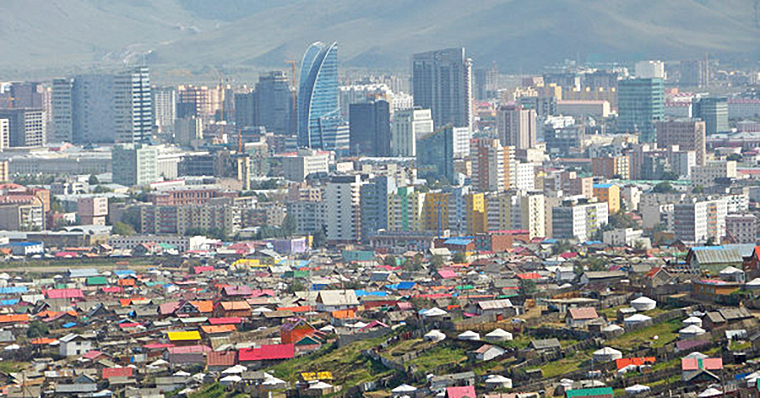 Deltec homeowner Agar B. built a two story Windsor with wing last year for his family in the surrounding countryside of Ulaanbaatar, the capital of Mongolia. Since then, Agar has eagerly taken the next step on his Deltec journey: building a Deltec model home in the capital city to better showcase the product he plans on building.

With a skyline filled with modern highrises it might seem odd to imagine a Deltec home there…until you remember that Mongolia is home of the ger, or yurt, as you might know them. Agar selected a simple round two bedroom design for this project,the Monterey.

Yurts have been homes for Mongolians for over 3,000 years, so keeping the traditional round shape in a modern house is very appealing to homeowners in Mongolia. Another big selling point is Deltec’s extreme energy efficiency: Ulaanbaatar lays claim to being the coldest capital on earth, with winter temperatures dropping to -40° F, so an energy efficient home is crucial.

Agar is super excited about getting the model home built. “Finally, the customers will have a home to visit here in Ulaanbaatar.” His Monterey is slated for shipping in October and he plans to build it right in the capital.

Left, the floorplan of Agar’s soon-to-be Deltec model home, an 1,165 sq ft Monterey. Right, an example of a Monterey built in Colorado.