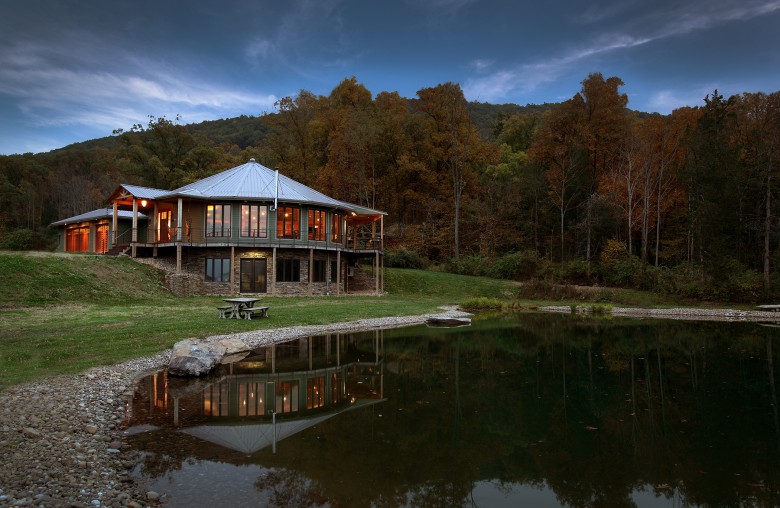 As a bat biologist who got his start exploring caves in college, Chris Sanders has always had a deep-seated respect for the environment. It follows, then, that when it came time to build on his property in central Pennsylvania, energy efficiency and sustainability were top priorities. Less obvious might be his desire to live in a round home. Sanders, whose work minimizes the impact of energy-industry related projects on Indiana bats—an endangered species known for its mouse-like ears—would often camp in state parks during research excursions, staying in yurts. “The feel is 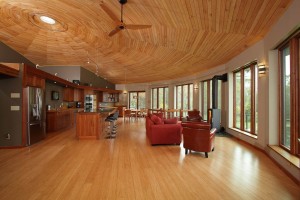 really different and zen in a round home,” describes Sanders. “After I purchased the property, I put up a yurt for the first five years.”

The round structure provides better airflow while reducing surface area, reducing heat gain and loss. “The shell is so efficient that we haven’t turned on our central heating system for the main bulk of the winter in three years,” says Sanders.

During those years, Sanders searched for the right round home company that would capture views of the rolling hills, farm fields, and distant mountains surrounding the lot—while making a strong commitment to green building practices. He considered several candidates before stumbling on Deltec Homes, a prefab home company based in Asheville, North Carolina. A factory visit sealed the deal: “Deltec has people who are beautifully geeky about energy efficiency. They really believe in and love their product, and that’s true of their customers, too,” says Sanders. For him, Deltec Homes offered the ideal balance between building expertise and freedom, taking care of design questions and offering practical guidance while allowing Sanders to have a hands-on role and act as his own general contractor. 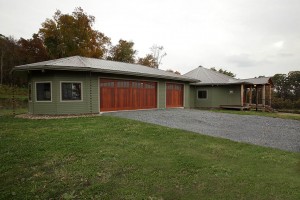 Empowered to act as his own general contractor with Deltec Homes’ support, Sanders cut wood from his own property for the ceiling, trim, and cabinetry—drying, forming, and finishing the material on site.

The tree that produced the white oak for the master bathroom previously grew in the same spot. “Deltec let me focus on areas I could figure out,” says Sanders of his deep involvement with the project. “It was a great fit.”

Sanders started with an existing model and used Photoshop to manipulate the floor plan into a more modest 2,000-square-foot home with three bedrooms and two baths. Deltec Homes designed a custom home based on the drawing, delivering an airtight building envelope using precise construction methods. The finished residence also benefits from a three-foot overhang, a net-zero roof truss, a basement and foundation made from insulated concrete forms (ICFs), and staggered stud walls, among other features. With a 10-inch thick wall for more than double typical levels of insulation and a gap in the stud framing to break heat conduction through the studs, “you get a wall that’s energy-efficient, quiet, and solid,” explains Sanders. “It evokes the feeling of solidity and gives you big windows.” Sanders worked with carpenters to harvest most of the wood used for the project from the property itself, using a portable mill to process it on site. A 14kW solar array powers the home and an onsite workshop.

“Building energy-smart is much cheaper in the long run,” advises Sanders. “A lot of builders aren’t adapting and using old technology. You need to be really educated and improve on the status quo.” By a combination of his own building savvy and Deltec’s decades-long experience with green construction, Sanders has a home that honors the natural setting and his own professional background in working with the environment. 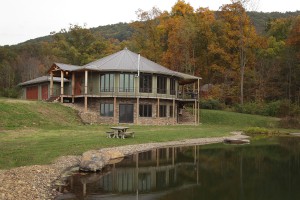 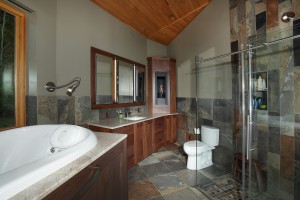 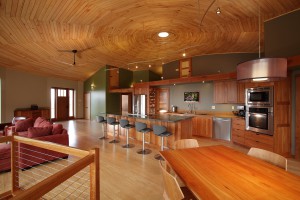 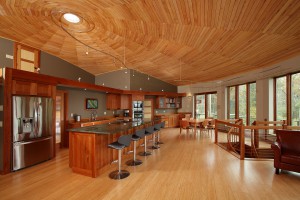 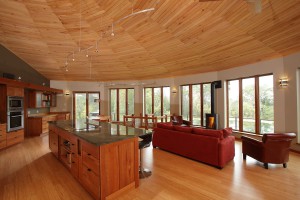 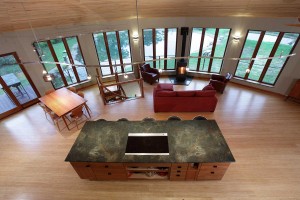